Thank you to each and every person who has made the Tableaux what it is. 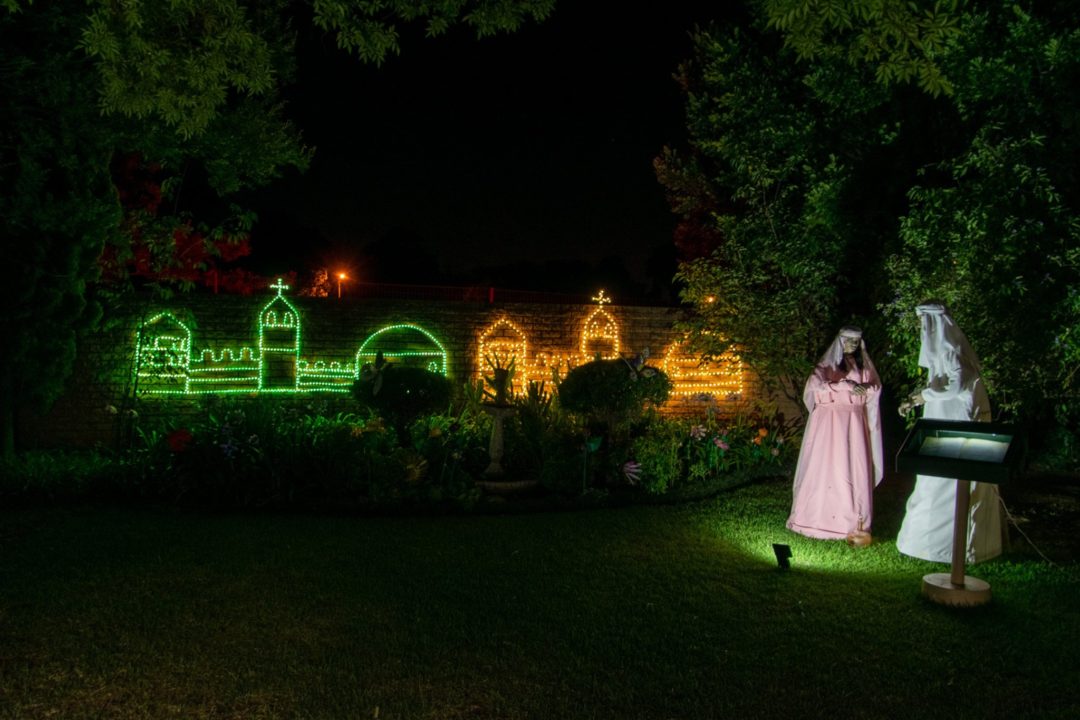 We approached the Tableaux differently this year and believe it was very effective.
Each scene was headed by a leader and they had to get a team together from young to old.
Older people were asked to be prayer warriors for their specific scene.
The idea to do it this way was to meet new people and teach the next generation
how to assemble and to dis-assemble the Tableaux, as well as getting everybody involved.
We feel that this really worked well.
Eldership took a serious role in the Tableaux as well this year in being available every evening
for the period that it was up. We say Thank you.

Each scene was also packed away and labelled for next year and this is going to be
of great benefit when assmbling next year,we packed it away in 3,5 hours.

Carols by candlelight
A wonderful evening to invite non-churchgoing friends for a meal, carols.
And to see the Tableaux. The evening was led by Adrian and youth and Hela,
who wrote a skit. Only positive remarks were heard of this evening.
Thank you Team

Comments over the years.
When reading the comments in the past 11 years we have never had a negative comment.
We are often commended on the standard of the Tableaux, the sense of peace and tranquillity
people experience when they walk around, and for the true meaning of Christmas we portray.

What we plan for the year ahead.
To carry on collecting donations for the bible translation project for Madagascar.
To reach the whole of Benoni to know the story of Christ,
Maybe we will add a character or two.
We would appreciate it if more electrically minded people can come forward
and offer their skills.